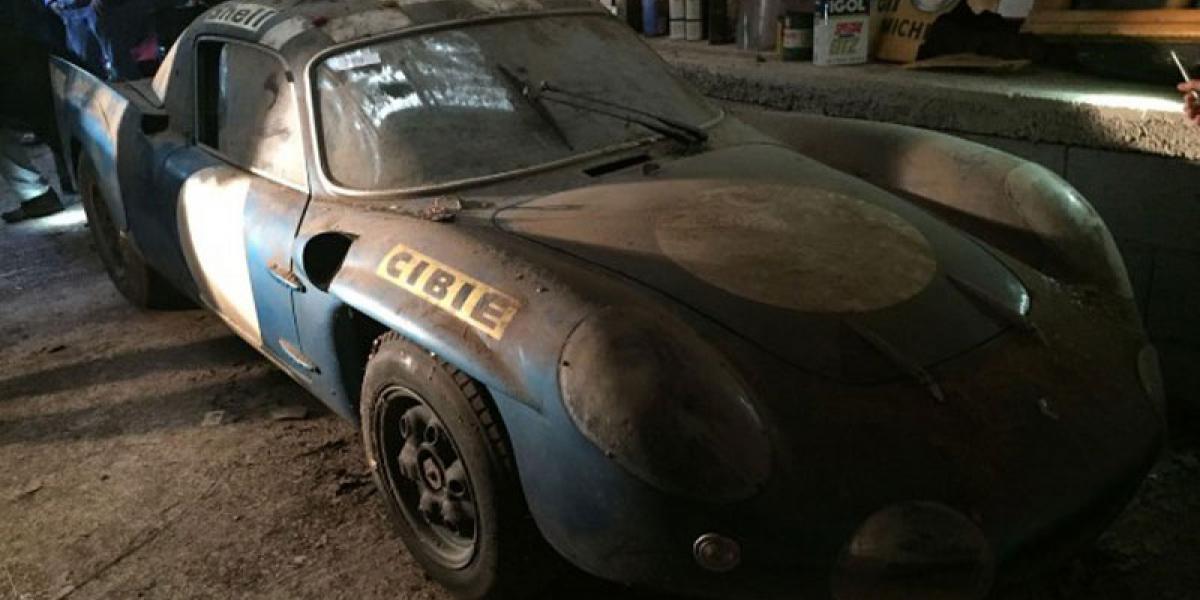 It’s hard to imagine a more romantic barn find than a dust-covered Le Mans prototype quietly sitting, waiting, in a dilapidated wood shed covered with moss in the south of France.

When vintage car racer/restorer Graham Long and I first saw it on a cold, winter evening, it was as if we’d stumbled upon a previously undiscovered Egyptian crypt. Sitting on Michelin race tires that still held air, the Alpine A210 looked like it had rolled into this shed immediately following the 1969 24 Hours of Le Mans and was then forgotten for 47 years. And that’s close to what happened.
Laying on its dusty top was a circle of twigs, the remnants of a trophy wreath, the flower petals and leaves all withered away so long ago.

Surrounding the shed was a garden of treasures, scores of Alpine A110s, a couple of A108s, an AC Ace, a burned-out and rotted Lamborghini Miura S, a handsome pre-war Citroen flatbed truck, a handful of Renaults, rally cars, Alfa Romeos, a Mini Moke, a Land Rover, dozens of rusting rare pre-war motorcycles, engines, gearboxes, Cibie lights, camping trailers, and other automotive flotsam.
All lay scattered about the mountainous forest, some in pieces, some perched atop outbuildings, a few stowed in sheds.

But the crowd of bundled up Frenchmen was focused on the holy grail, a 1967 Alpine A210 prototype that had run the 24 Hours of Le Mans three times, scoring class wins in 1967 and 1968, averaging more than 100 mph, including stops for fuel and driver changes–fast traffic by anyone’s standards.

Its last race was a DNF during the 1969 Le Mans 24. Shortly after that it was rolled into Gerard Gombert’s shed where it sat until this crowd of automotive enthusiasts showed up almost five decades later.

The Alpine A210 was a small mid-engine sports racer built on a lightweight, fully welded tubular spaceframe chassis with a fiberglass body. Its fully independent suspension used wishbones front and rear, with disc brakes all around. The wheelbase was just 91 inches. Overall length was 14.3 feet with long, swoopy overhangs, but it was less than five feet wide. Overall height was a mere 41.4 inches, making it just slightly taller than the Ford GT40 (so-named for its height in inches), which dominated the top class at Le Mans from 1966 to 1969