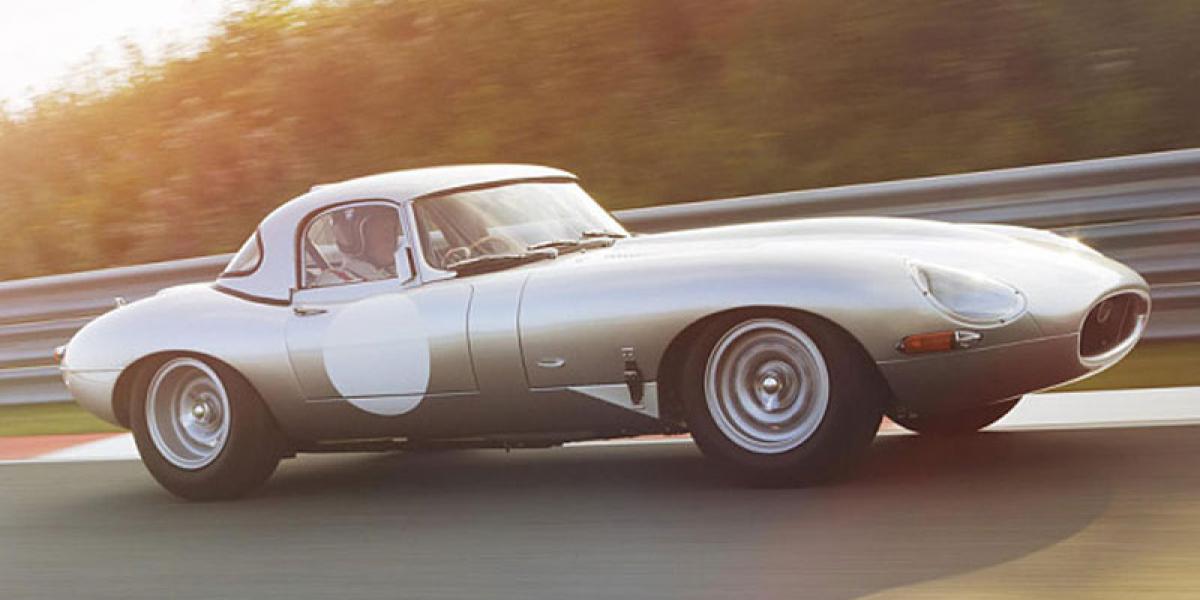 Jaguar has revealed the images of the first of its new, hand-built lightweight   E-Types.

The new production run, limited to just six, which was announced back in May, will complement the 12 original cars that left the Browns Lane factory in 1963, bringing the total amount of genuine lightweight E-Types to 18, the number that was originally intended.

The company is referring to the new E-Types as recreations, though each of the six customer cars will feature one of the remaining chassis numbers originally allocated to the project.

However, the images Jaguar has published are of ‘Car Zero’, a seventh car that the company has built as a prototype, All of the new E-Types will be built by hand at Jaguar’s new Heritage customer workshop facility located on the site of the old Browns Lane factory, all will feature aluminium body panels that made the lightweight so special at the time. Jaguar says that 75 percent of the bodywork for the new car will be made in house at the company’s Whitley plant.

Each new E-Type will be powered by a recreated version of the original  XK-based straight-six engine, with an aluminium block, a ‘wide-angle’  aluminium cylinder head, and a dry-sump lubrication system.

Two fuel injection options will be offered with the new cars; three Weber carburettors will be fitted as standard, but a Lucas fuel injection system will be available as a cost option, Both variants have been homologated for FIA historic motorsport, and Jaguar says that no matter which fuel injection is chosen, power output will be “well over 300” bhp.

Prices for the new E-Types have not been released; however, it is expected that each will cost well over £1 million, with the first car slated for delivery to its new owner in the first few months of 2015.